Summertime... And the livin’ was easy

She scribbled something for him inside his paper napkin and, taking a quick peek, he found her name, her phone number and a little doodle of a heart. Both Leonard and Lana got up to leave at the same time: halfway through dessert.
Little did he know that a week from now they would be sitting at the front row of the music center hall, holding hands and absorbing a heavenly soprano voice that filled the air with Summertime. She would know to tell him that George Gershwin found the inspiration to write this aria in a simple Ukrainian lullaby, and Leonard would believe her. A month from now he would rent an apartment, and they would be moving in together.
But at this moment—on his way out, just about to open the door for Lana—he knew one thing, and one thing only: he was walking on air. So elated was his state of mind, so grand was his happiness, his heart swelled in him with such a powerful pulse, that nothing else mattered.
Catching sight of the host winking an eye at the other guests, and hearing some muted giggles behind his back, all that left absolutely no impression in him—none whatsoever. He ignored that wink and those giggles, and closed the door.
The whole thing flew right out of his mind until a full year later.

One Year Later.
Leonard ate his breakfast glancing, from time to time, at that note that Lana had left for him. He was torn between a need to unfold the paper and an urge to crumple it. Either way, he found himself suddenly with the realization that now was the first time in a long while—a full year, in fact—that he was alone. Completely alone. A certain feeling was throbbing in his heart—something between relief, anger, sadness and above all, amazement that she was gone and he was free.
Leonard turned on the record player and sank into the sofa, determined to spin away the hours to the tune of cheerful melodies. He kicked off his slippers, stretched his legs across the top of the coffee table and closed his eyes, so that the sight of things would not distract him from listening.
The room disappeared. It was Summertime.
His ears started moving at the sides of his head like agitated seismographs, registering every minute reverberation, every note. On the inside of his eyelids, space started to sway around him, gently at first. It was marked by intervals, time intervals that flowed from the lyrics and swept over him, opening and closing in an increasingly complex sequence.
Summertime. It reminded him of their first date, and of the time that passed since then. True, Lana was a good companion. He loved her. He could find nothing to complain about.
And the livin’ was easy...

For a whole year, she accompanied him dutifully to the Opera. And yet, time laid bare the fact that she was bored to tears sitting there, trying to entertain herself somehow by studying the costumes, the lighting, and the scenery—everything that for him was secondary. Only now did he realize that her proclaimed love of music was as real as the blond streaks in her hair.

Lenny in The White Piano 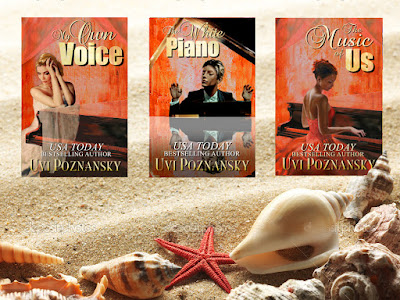 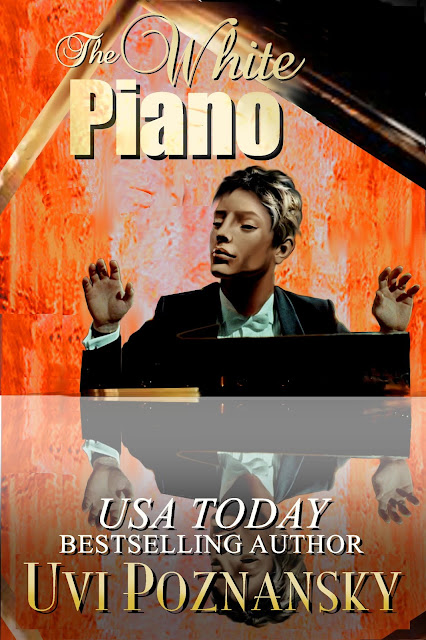 Posted by Uvi Poznansky at 7:19 AM