The child and I must survive, somehow, for at least that long.

Tied to the back of the chair by a rope that cuts into one shoulder, Timmy draws his knees to his chest and wraps his free arm around them. His face is awash with tears.
Being shackled to the closet rod, I itch to put up fight, but if I do, Paul will retaliate—as he’s threatened to do—not only against me but against the child, too.
So instead of resisting I pray, as fervently as I never did before, for someone out there to pay attention, to listen to the distress call I sent earlier. It should have gone not only to my boyfriend, Michael, who is on the airplane now, but also to the sheriff’s officer, Joe Miller, who is on the case. Did he get my call? Why isn’t he here already?
Paul tugs at my chain, making sure I’m tightly restrained. I breathe through the pain, through the sharp stings caused by having my elbow twisted behind me in an unnatural way.
Clearly basking in the demented pleasure of seeing me suffer, “I can smell you,” he says. “What have you done, Ash darling, what have you put on to turn me on like that? Some kind of deodorant?”
There is nothing I can say to that. What he smells is fear.
“It goes right to my crotch,” he adds, now in a hoarse voice. “What a zinger!”
I ignore him, but not the suffering. How can I take my mind off it?
I tell myself, you’re not here. Go elsewhere. Drift off.
Focus on something else.
No, that doesn’t work.
Help.
Yes, focus on that.
Right now, my boyfriend is on his way. Airplane mode blocks the connection to cellular networks. With no internet access, he won’t be able to even notice my call till he lands.
The flight time LAX to Clearwater, Florida is about four and a half hours. Add to that a cab ride from the airport to my place. So, in the best-case scenario, Michael may arrive about five hours from now. In the meantime, if no one else comes to rescue us, the child and I must survive, somehow, for at least that long. 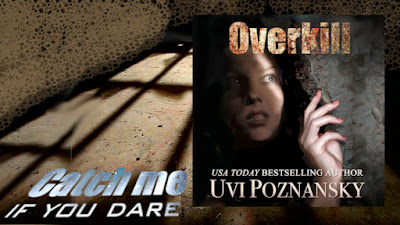 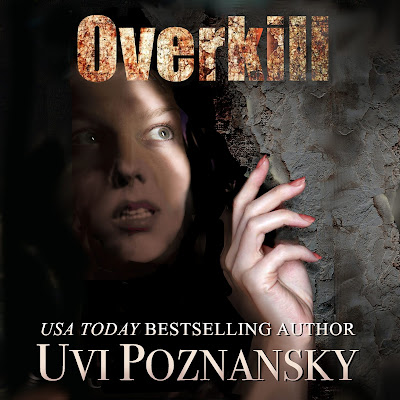 "I had to keep reading because the action was continuous and the conflicts kept popping up - hurdle after hurdle."
~ Mimi Barbour, USA Today bestselling author

Posted by Uvi Poznansky at 8:47 PM