This I know: on the eve of the battle, he went to the old witch of Ein-Dor, seeking some advice, some word of reassurance. He begged her to summon the spirit of the prophet Samuel, who used to be his spiritual advisor until they fell out. She chanted her usual nonsense, “Double, double, toil and trouble.” Then, out of the poisonous steam puffing out of her caldron, a ghastly face arose, to the sound of a rattling of bones.

I am certain that the witch of Ein-Dor has a stash of bones in her back pocket. She could not have fooled me, if her life depended on it. As for Saul, perhaps he was ready to be fooled. He should have let Samuel rot peacefully in his grave, because there, opening in midair, was a wrinkled, toothless mouth, and the words that came out of the cold froth rolling upon it were utterly horrific.

“Why do you consult me,” came the rasp, in a voice that sounded like the dead man, “now that the Lord has departed from you, and become your enemy? He has torn the kingdom out of your hands and given it to another. Because you did not obey Him, because you did not carry out His wrath against the Amalekites… Tomorrow you and your sons will be with me!”

I imagine despair burning out of Saul’s eye, as he rode his stallion at a furious speed, back to Mount Gilboa. Yes, he knew his fate, and the only thing he could do about it was to usher it in. That, and no other, was the reason he reached the summit, and fell on his sword. 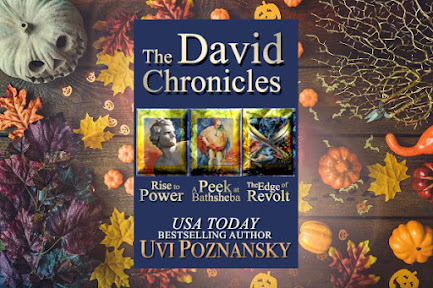 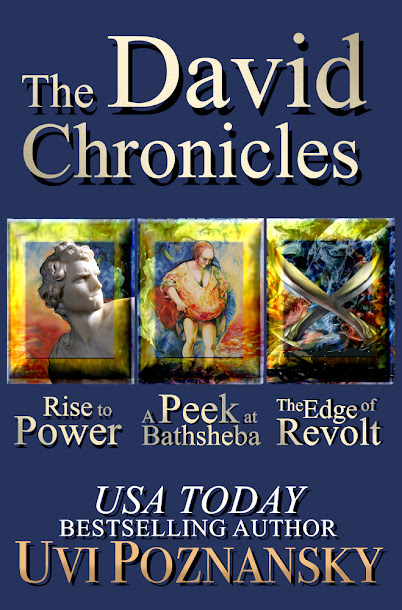 "I love this series for its convincing depiction of real people in ancient times, for its unflinching honesty, and for its vividly real characters. This David is no cardboard cutout to be filled in with bright crayoned colors. His Bathsheba is no plaything. And his women will take their place on the stage of history, will have their voice, and will cry out for love and hate and hope."
- Sheila Deeth, Top Amazon Reviewer, Vine Voice