Let evil recoil on those who slander me

To avoid being noticed, my spy must wait until nightfall to creep up there and take a look.

At last, the sun is setting. He climbs up the hill and within minutes, I lose sight of him.

The wait is long. I tremble as the chill intensifies. Saul has ample provisions of food, water, and warm clothing—but here in the wilderness, my men are cold and hungry. I am eager to sneak into their camp and wreak havoc on them, in revenge for all the hardship, all the misery we have been suffering lately.

Upon his return, the spy reports, “Good news! the king and his first in command, Abner son of Ner, are tired.”

“Saul starts yawning, and a second later, so does Abner. Any minute now, they’ll be fast asleep.”

“Where is Saul lying?”

“Up there, in the center of the camp, with his army around him.”

I glance at the serrated edge of the rocks, which rise against the blueish black heavens, and doubt enters my heart. Ghostly shapes loom before me out of the yawning hole of darkness. I imagine them to be a swarm of scaly lizards, slumbering fitfully around the king’s camp. In a snap, they may pounce upon the intruders, upon us.

The feeling is so daunting that it brings me to my knees.

“Hear my prayer, oh God,” I whisper. “Listen to me, listen to my words. Strangers are attacking me. Ruthless men seek my life.”

I sense the eyes of my fighters upon me. Have they heard me? If so, what is the impact of my words?

One by one they fall to their knees and press their hands together, which tells me one thing: there is a great power in prayer. I should use it more often. It works for me. It works better than any other skill I have used as an entertainer.

At the risk of having Saul detect where we are, I raise my voice, not only because my heart is hammering in me, it is bursting open—but also because my men must hear this, loud and clear. They must believe in our cause.

So with great fervor I come to a blast, “Let evil recoil on those who slander me.”

And my fighters echo me, word for word. “Let evil recoil on those who slander me.”

Then I stand up, and call two of them to my side: Ahimelek the Hittite and young Abishai.

I ask them, “Who’ll go down into the camp with me to Saul?”

He is Joav’s brother, one of my three nephews, sons of my sister, Zeruiah, who has a reputation in Bethlehem as a strong, formidable woman. All the other men I know are known by their father’s name. Not so here: Abishai is his mother’s son.

And so, guided by nothing more than faint starlight, the two of us climb up the rocks to the enemy, to find Saul. Let evil recoil on those who slander me. 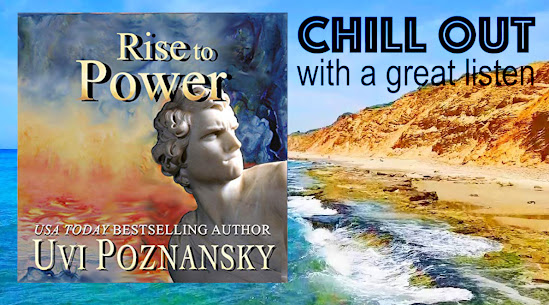 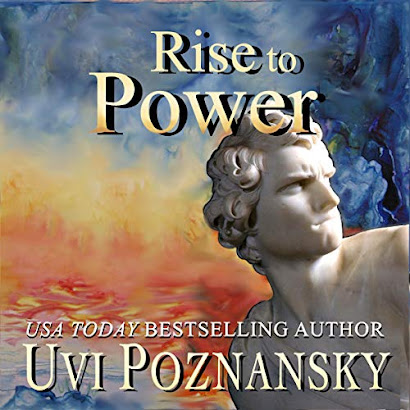 "In this unorthodox and thoroughly entertaining story, Uvi Poznansky tells the early story of the biblical David and his time in the service of King Saul. Told by David himself, in his own words, the story peels away the gloss and glory recorded by the historians who wrote the Bible and reveals the main characters in this saga as he saw them, with all their warts and wantonness."
Aurora Dawn, Audible reviewer
Posted by Uvi Poznansky at 3:03 PM