Imagine yourself hovering over a white landscape with a river running through it... I created it using paper, scissors, and glue, with the idea of depicting the movement of one earth layer sliding over another as a result of geological forces.

Then I added the vertical members, making sure they exhibit the same geometrical features only in reverse: concave vs. convex. Here it is, under a variety of lighting: 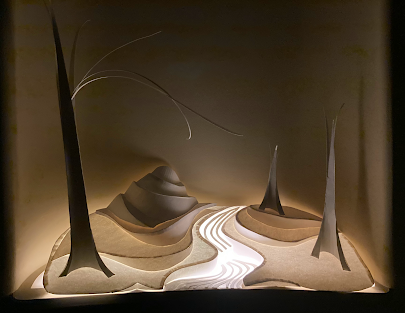 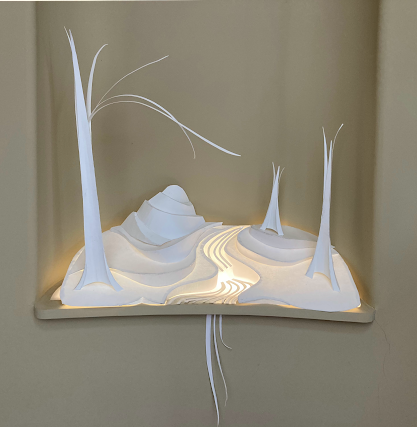 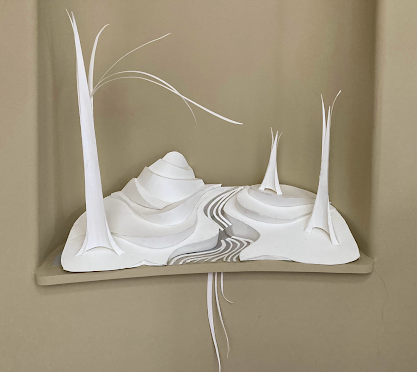 I took a few pics along the way as the project was coming along: 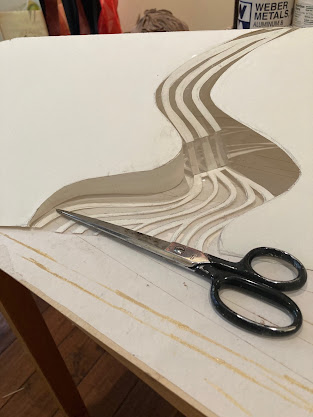 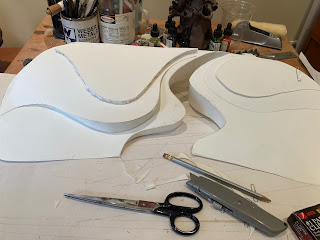 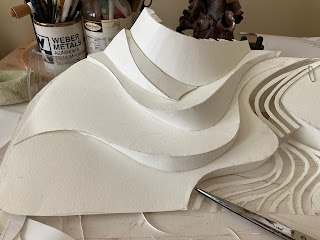 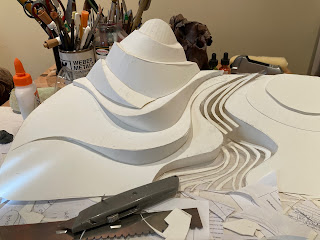 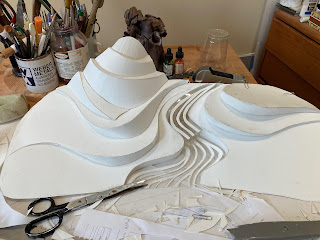 Posted by Uvi Poznansky at 1:11 PM