She was air, she was music!

"The piano towered over everything. It seemed so massive, so out of place that you had to squeeze around it, or else crawl underneath the belly of the thing.

But when mom played it, all that did not matter. The walls vanished and so did the clutter, because it was so riveting to watch her. You could see her long, delicate fingers as they went flying over the keys, to the point of turning, magically, into a blur. Her hands became transparent, and her ring, I remember, turned into a glow. She was air, she was music! Even when she stopped playing, those strings inside were still reverberating..." 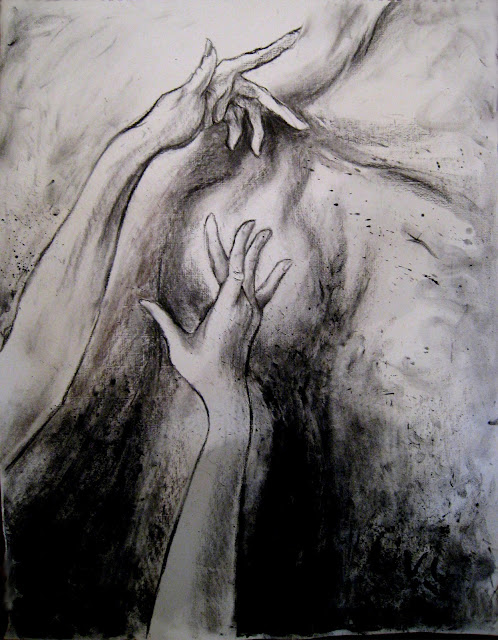 And here is a quick charcoal sketch I made of her hands dancing in the air. I attempted to impart this same feeling of nobility and inspiration that my text evokes. 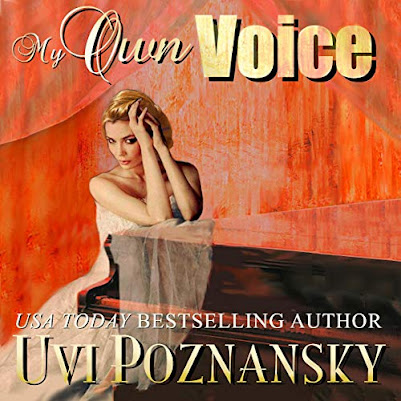 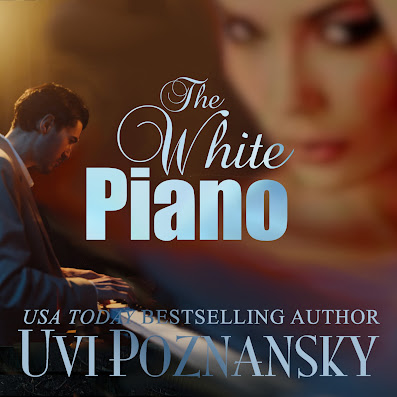 "An inspiring novel by an amazing woman: a writer, poet, sculptor.
It spurred me to write again"
Posted by Uvi Poznansky at 10:10 AM