He remembered her fondly as being a little spitfire that summer and it seemed she hadn’t changed one bit. Only now, as a woman she had a lot more power and knew how to use it. What the hell are you grinning about? Remembering how she hadn’t hesitated to jump into the battle earlier, gouging with her fingers, trying to help him; dammed if a smile didn’t warm up his insides. She’s still a little spitfire.
He let his mind drift back in time. Over the years, one tantalizing night had continued to haunt him. It was when Cathy had let him down once he’d agreed to sing at the neighborhood bar. She’d been after him to take her to the city, and had stomped out, furious, when he’d explained he’d promised to help out his buddy who wouldn’t be able to appear that night. Since the locals were always on him to perform; they’d been thrilled when they heard he’d be the replacement.
At the beginning of the evening, he remembered watching for Cathy, getting madder and madder when she didn’t appear. He’d been so sure she’d break down and support him. Hell, if he’d known then what he knew now, there wouldn’t have been any doubt that she’d go and do exactly what she wanted. But in those days, women didn’t treat him that way. In his smug drunkenness, he’d woken up in the morning believing that, later, she’d come to find him at the ranch.
The next time he’d been with her, he’d mentioned how special their lovemaking had been; how she’d pleased him with her generosity, and she’d never denied it. So, he’d stayed happy in his bubble of belief. Now when he thought back, Cathy must have thought him either nuts, or a cheater; though neither seemed to have made any difference to her.

Excerpt from Love Me Tender by Mimi Barbour.
The novel is included in A Touch of Passion 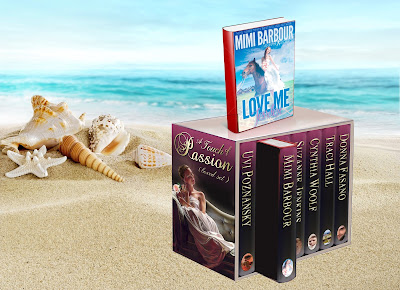 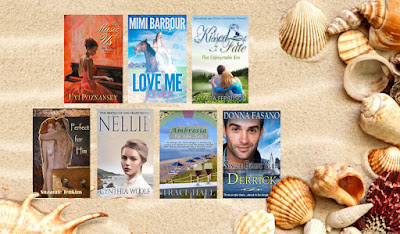 A hearty thank you to our wonderful readers
who not only nominated A Touch of Passion for the
Romance Reviews Reader Choice Awards
but also took us all the way to first place: 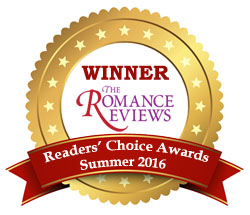 Posted by Uvi Poznansky at 9:43 PM