I need you so bad

So later, while sticking the key in the door, I turned to him and said, “Trouble, that’s my middle name,” which was a line I used sometimes, ‘cause it sounded so clever.
“No, really?” he said.
To which I replied by asking, “What, you think it’s a crime? Like, kissing me, I mean?” And he said, “It’s just... I do not want to start something which can lead nowhere, really.”
What could I say to that, except, “There’s no one home. Stay a minute. Is that a crime, too?”
I handed him an old record, something slow from the sixties, which years ago used to bring tears to ma’s eyes, because—in spite of looking so tough—she still had a soft spot somewhere in her, even if most of the time you can’t find it. She used to play it often—but now not so much no more.
So I thought he might like it. Lenny put it on the record player, so in a second the mood was better, even though the thing squeaked from time to time.
He turned to me the minute I untied my pony tail, and told me I reminded him of a girl he used to know, and would I like to dance.
I stepped out of my shoes and into his arms, and before he could say anything I slipped out of my dress, too. I thought I looked, like, a little too slender in my panties, so I told him to close his eyes—but at this point, because of being so aroused, and trying so hard not to show it, I forgot all about them tissues at each side of my bra, which now and again, made a slight swoosh.
Later I wondered if he wondered about that.
I rose to the tips of my toes, feeling the touch of his shirt and the pleat of his pants, right against my bare skin. And I placed my hands on his shoulders, and felt his hands on my hips.
And so he held me there, a long, long time in the dark. And me, I got to touch his lips, and that crease up there, on his forehead, and we swayed back and forth: I clinging to him, he—to that one girl, the girl he used to know.
Then he moved away abruptly, saying that he was too old for me, and anyway, what was he doing, he had a child, a boy just a year older than me. So I took a step closer, like, to close the gap again. And feeling lost, like a stray kitten out in the cold, I said, “Just hold me, Lenny. Just hold me tight. I need you so bad.”
And the minute I said it, I knew he needed to hear these words, needed to know that he was really needed. 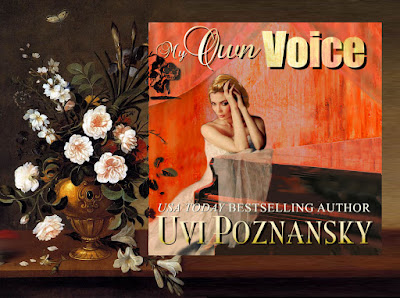 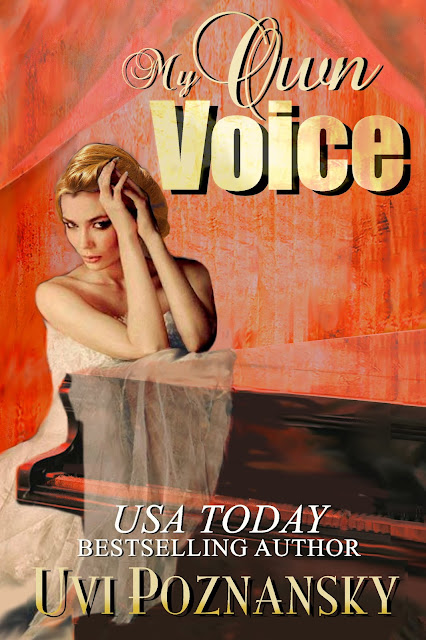 "Uvi Poznansky's, "My Own Voice," is a creative, gripping and deeply moving tale of a young girl coming of age in unfathomable emotional circumstances."
- Bill Cronin, Author
Posted by Uvi Poznansky at 8:41 PM