Who is this woman, with whom I have built a family?

Sometimes I wonder: after such a long time together, how little do we know each other?
Who is this woman, with whom I have built a family? Behind this frightened gaze, is this really Natasha, my love, my inspiration? Can I stop her from becoming even more damaged? Can I save her? Is she still present?
And if this is no longer Natasha as I know her, Perhaps this is Rochelle? Perhaps she is just fooling me—and not only me but everyone else too, including the doctors—because... Because to win a victory against a dangerous foe, sometimes you must work your way through deception, through secrets and lies.
Is she just pretending—for reasons known only to her—to be a new person, different from the one I thought she was?
Oh, how I would like to believe that!
I lean over to comb that unruly strand of hair away from her eye.
At first, Natasha seems startled. Then she lets me tuck it, ever so gently, around her ear.
I say, “There’s so much I want to ask you, sweetheart.”
“Really?” she asks, with a reluctant tone. She stares blankly at the corner of the kitchen floor, evading my eyes as if in anticipation of some trick question. “Like what?”
“Remember that night, in Vernon?”
She replies, “Yes,” but does so with a shaky tone, which means no, I don’t really remember but I’ll give you the answer you want. Just let me be.
I wipe a bit of syrup from her chin. She must have licked it when I wasn’t looking. “You told me,” I say, “that come what may, you would never forget that night.”
“That night?” she says. “Which one?”
“In Vernon, when we woke up in each other’s embrace, to the sound of shots.”
I pause for a second, so she may reply. And as I wait for her, the memory comes back to me. It seems so fresh, so vivid, as if it happened just yesterday...
Following the failed attempt to blow the bridge, fights erupted between French Resistance fighters and German soldiers. Rochelle and I ran frantically through the narrow streets to join Monsieur Antoine and about forty other fighters.
Upon arriving at city hall, he handed us some home-made explosives, which we started hurling, along with the other fighters, at German tanks and trucks. I remember the shine in her eyes. “This,” she cried out to me, “is a life worth living!”
Just then, one of the tanks caught fire. The blast pushed her back, accidentally, into my arms. Oh, what a fiery woman she used to be!
And still, there is fire in her.
I dread the day when she will stop playing altogether. As long as her music—such as it is—is full of rage, perhaps, perhaps, perhaps there is still hope. 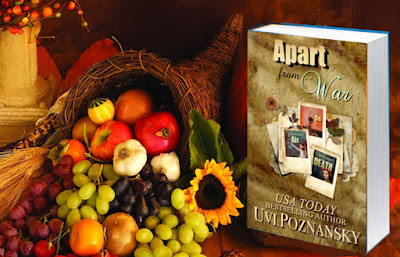 Up to the moment I listened to this passage, I thought that acting is merely the skill to pretend. Then, I heard Don Warrick read it and learned that the opposite is true. Acting is the journey to find the truth from within. 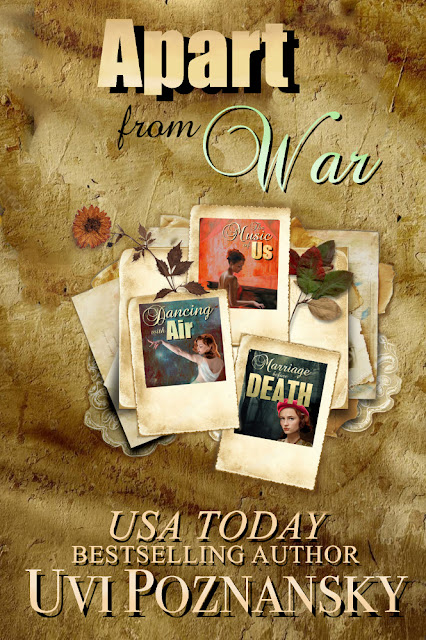 "In this collection of WWII love stories, Lenny and Natasha had an unforgettable romance and love story from the 1940's through the 1970's. He was a marine. She was a concert pianist . Their story is heart-rendering."
~ BJ Robinson, Author
Posted by Uvi Poznansky at 4:02 PM