That, my boy, is for me to know, and for you to agonize over

Once she hung up, the artist leaned into Michael and shoved the cellphone back into his hand. “And where d’you think you’re going?”

“Tell me the truth. Why did you come?”

“To ask a question.”

Michael took a deep breath. “Remember what you said, about that old fool? You said, he was doomed to fling himself off the cliffs—”

Michael gulped. “How on earth did you guess?”

“No.” Bull flinched. “You’ll figure it out by yourself, sooner or later.”

“What makes you so sure?”

“Because, we have more in common than you think.”

“You shape reality in your virtual world.” Bull set up a new canvas on his easel. “I shape mine in art. But that, my boy, is just the surface of things.”

Michael stepped off the stage. “You’re talking in riddles again. Stop it. Stop torturing me.”

In place of an answer, Bull bent down and with a wink, blew at the candle. The flame still flickered for a while, until finally it turned into a spiraling thread of smoke.

With another blow, the smoke looped into nothingness.

Without saying a word, Michael turned on his heels and traced his way back to the entrance. No longer did the occasional scraping sound across the stone floor arrest his attention. This time he thought he knew his way.

After only two or three mistakes, he found the door. It was still partially open, swaying noisily on its hinges. 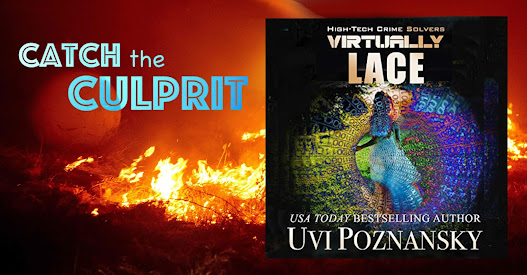 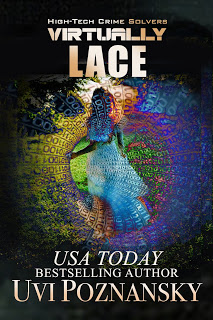 "The great attention given to detail makes for a lush and vivid tale that comes to life. The world of virtual reality that Michael creates is fascinating to read about."
B. Roscoe, listener
Posted by Uvi Poznansky at 9:41 AM