The life of Sharyn Bamber: A Passion for Dance

Sharyn Bamber and I met in Joe Kronsberg's writing class and became friends ever since. When I learned about her life as a dancer, and especially about her performing in the Pearl Bailey Show in the '60s, I encouraged her to write the story of her amazing journey. I am so glad that Mama Pearl & Me has been published at long last. 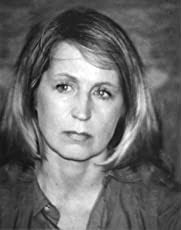 Growing up in a funeral home, how does Sharyn escape the permeating sense of grief that enveloped her entire childhood? By finding joy in her passion for dance. Only one problem: her family objects to her becoming a dancer. Against all odds, she embarks on a daring journey to prove them wrong. 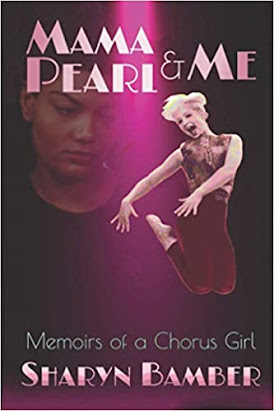 Here is a glimpse into her moving writing (reblogged from LA DANCE CHRONICLE.)

Several days ago, I looked at myself — not in the mirror on the wall, but the mirror inside of me — to try to figure out why I was in such a dark mood. Why was I irritated, angry and depressed? Yes, the fact I was getting older and older and older and losing so many of my friends, who had really been my family, made me sad and lonely.

I was sitting at my table ruminating about how that was life and I needed to accept it. Then I thought, I just feel empty. With that thought I got scared and I heard myself say, Oh my god, my soul is gone. I’ve lost my heart. Where is my joy? I jumped up to try to focus on some physical activity. I turned on the radio which was set at 88.1. I heard the DJ, David Benoit, on Kjazz LA, introduce a piece of music. He was talking about Wynton Marsalis and his extraordinary talent. I stopped to listen. He had just finished playing a jazz piece by Marsalis, and he wanted to show his versatility by now playing Wynton Marsalis and the Eastman Wind Ensemble’s version of variations sur Le Carnaval De Venise. I stopped thinking about myself to listen to this music which was rather long. Images of movement, color and emotion pulsed through me as I began to experience the excitement of the music. The perfection of his technique was amazing, as well as his expression, which to me are all of the qualities that exemplify excellence. Every note was so specific, crisp and clear, every note meaning something. It brought tears to my eyes. I was so excited when the music ended, I ran upstairs to my computer to order the CD. Then, and I didn’t know why, but I goggled Matt Mattox, my first professional teacher of modern jazz. I wanted to see him again. 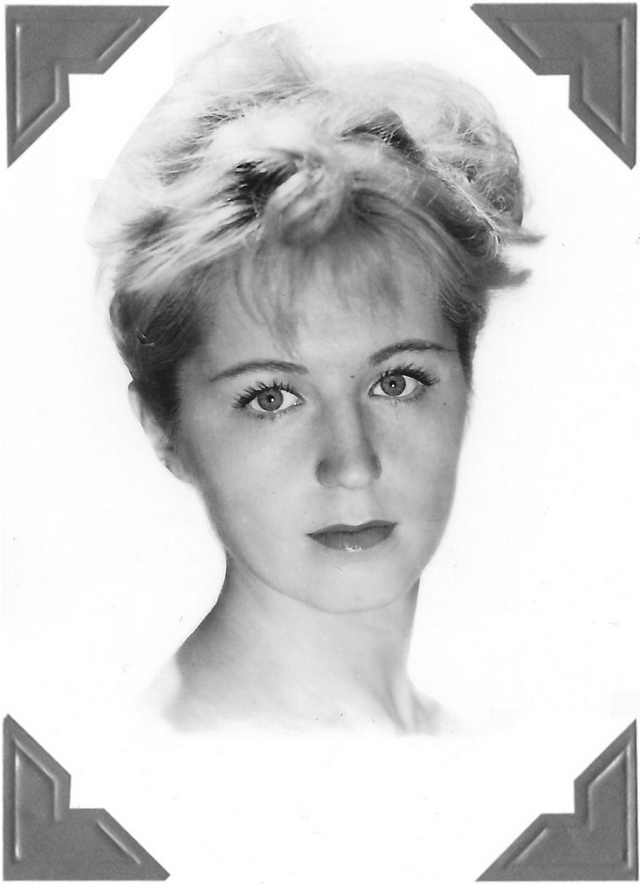 One can find almost anything on You tube and I have spent hours watching my favorite dancers in excerpts from movies or concerts. Anyway, there are segments of Matt Mattox teaching classes, as well as excerpts of his performances on television and film. Seven Brides for Seven Brothers, a movie with some of the best choreography and dancing in film history, is probably his most well-known performance, and, where, in my opinion, he was unmatched when it comes to perfection — except, maybe, by Mikhail Baryshnikov, who was only six years old at that time, and, obviously, not on the scene.

I then watched some of the videos of Matt’s classes which took place over the many years since I had been his student. He had spent the last thirty years or so of his life living in France where he had his own school and dance company. He died in 2013 at ninety-one but he was still teaching at ninety. 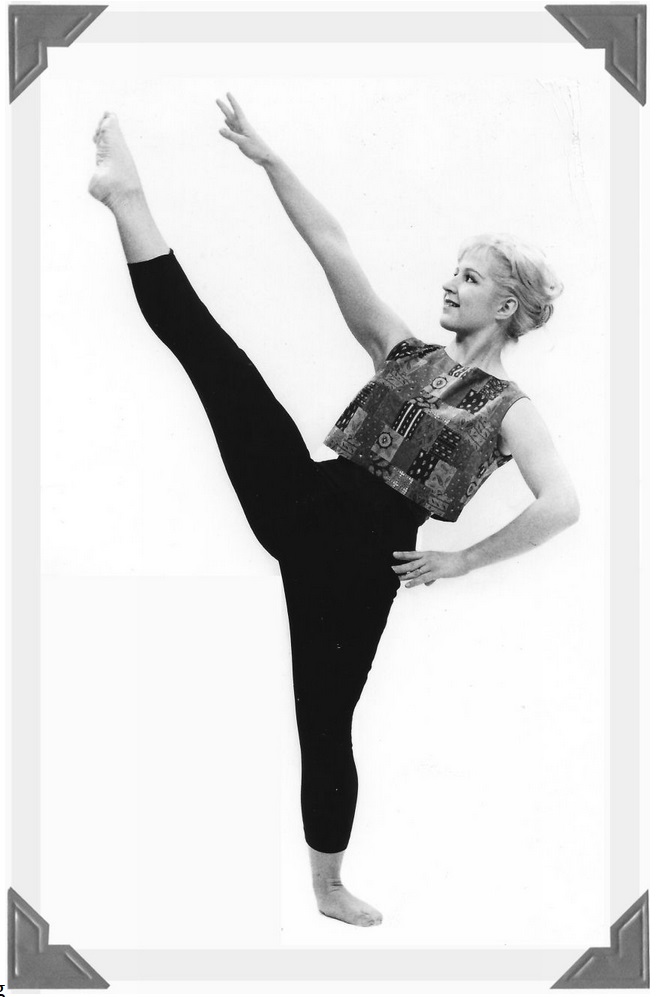 In one of the videos, he talked to his class about how he had always been a dancer, he had never been anything else. He told of the success he had working on the stage as a dancer and choreographer, and in the film and television business, but he added that he had never been fully recognized. He said, Nobody ever said anything about what I have done. Yet, today he is recognized as one of the world’s most influential teachers of jazz or what he preferred to call ‘free style’.

I spent several hours looking at the various clips, watching him age over the years. Even though you could see his body change, that he was not quite as tall, his legs not as straight, his joints not as flexible, he was still strong and he continued to demonstrate his combinations. 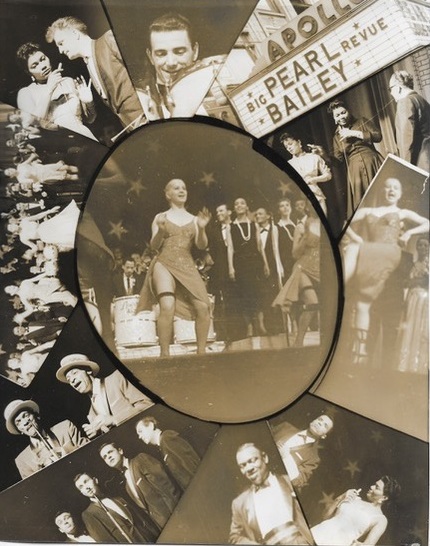 I remembered what it was like to be his student. He was strict but very kind. His class was constructed the same as a ballet class where you work at the bar before going into the center. However, his bar work was done standing in the middle of the floor without the support of the bar. His technique and style looked the same but was even more complex. There was still the methodical isolation of each part of the dancer’s body. Everything so very specific. Each movement had a meaning. All of this was done to the beat of a hand-held drum. He would walk around the room beating out the rhythm and yelling out the counts as he made adjustments to a dancer’s body. He always hired a professional drummer for the combination aspect of his class, who sometimes played along with a piece of music. But it was the beat of the drum that made it exciting, giving the dancers more energy.

I remembered what my body felt like when in class and began to imagine I could still feel that use of every muscle and how it sometimes hurt but made me strong.

I was reminded of his remarks to the class that first of all we are humans with all kinds of emotions and it is not enough to have the technique and do the steps. You need to have a story behind the music. Every movement has meaning. You have to feel it in your gut, he would say, and I don’t want to see any more stone faces, so be alive, be beautiful and smile. We all look better when we smile.I came away from the computer several hours later realizing it was that same kind of specificity in Wynton Marsalis’s music which led me back to the artistry of Matt Mattox. It was that same type of articulate and precise movement in his dancing and in his teaching that excited me. Knowing what it takes to achieve that fills me with awe.

I believe by announcing I had retired from dance, I also retired from myself and forgot who I was. I was reminded, like Matt, I had always been a dancer. I am still a dancer. No matter what I have done in life or will do in the future, I will always be a dancer.

The powerful magic of music is wonderful and it was this music that took me back.

The next time I have this experience I hope to remember I don’t have to be afraid because the vessel needs to be empty before it can fill up again. And there will be joy. 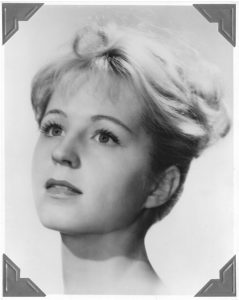 Portrait of Sharyn – Photo courtesy of the author.

SHARYN BAMBER was raised in Dumont in a funeral home. Dancing was not the career her parents wanted for her. Determined to become a professional dancer, Sharyn attended the Edna McRae School of Dance in Chicago, then took her first job at the Chez Paree nightclub, over the objection of her teacher. “No nice girl would take a job in a place like that.”

It was there that the legendary performer, Pearl Bailey, spotted her. For Sharyn, joining the Pearl Bailey Show became an eye-opening experience, which she recounts in touching detail in her memoir, Mama Pearl & Me. Performing throughout the country—Los Angeles, Las Vegas, St. Louis, Missouri, Montreal, Canada, Washington, D.C. and New York City—was a dream come true, until she opted to go her own way.

Since that time, Sharyn has performed various roles onstage (A Doll’s House, Guys and Dolls, The Crucible) on television (Port Charles, General Hospital, The Bold and the Beautiful) and on film (Ghost Of Mississippi, A Little Sex, Moscow And The Hudson.) All the while, Sharyn has kept a day job as a court stenographer (a role which she also played onscreen (in The Lincoln Lawyer.) It is her love for the written word that gives her writing its stirring power.

Posted by Uvi Poznansky at 5:57 PM