This day is an omen for the rest of our journey

This time I chose a spring theme, just because...

“My heart will be just fine, and so will these berries for our midday meal.”
They found more blackberries growing in abundance in the sun. Mali ran back to the group to tell them. Several joined her with deer hides to store the berries. Soon afterwards, they were on the water and moving south against the river, which moved in a northwardly manner to where it emptied into the sea. Thankfully, the winds were calm and the current offered little resistance to the paddlers. By the late afternoon, the river was still wide with flat banks. They decided to pull over for the night in time for the men to hunt for dinner. The women started the fire and stretched bear hides between trees as shelters where they would sleep on woven palm frond mats. They began building small fires around the perimeter of the camp to keep away the hungry mosquitoes, already in abundance with the advent of early spring rains.
They sat around the fire after eating the meat of a turkey one of the men caught. The hoot owl began his song and soon the mockingbird attempted its weak imitation. Then the song of the whippoorwills began and the night foragers of the woods scuttled through the fallen leaves and pine needles behind the river camp. The moon, full and bright, rose above their heads.
They rested and listened to the songs of the woods.
“Today we began our journey as the sun rose and now the moon lights our night,” Locka said to the group of travelers sitting near the fire.
His words lulled them as the children put their heads in their mother’s laps. Soon each family would go off to their shelter to rest for the night.
“We found plentiful food to sustain us, and we rest here in peace,” Locka continued. “This day is an omen for the rest of our journey. We will survive.”

Excerpt from Native Lands, a novel by P.C. Zick included in At Odds with Destiny 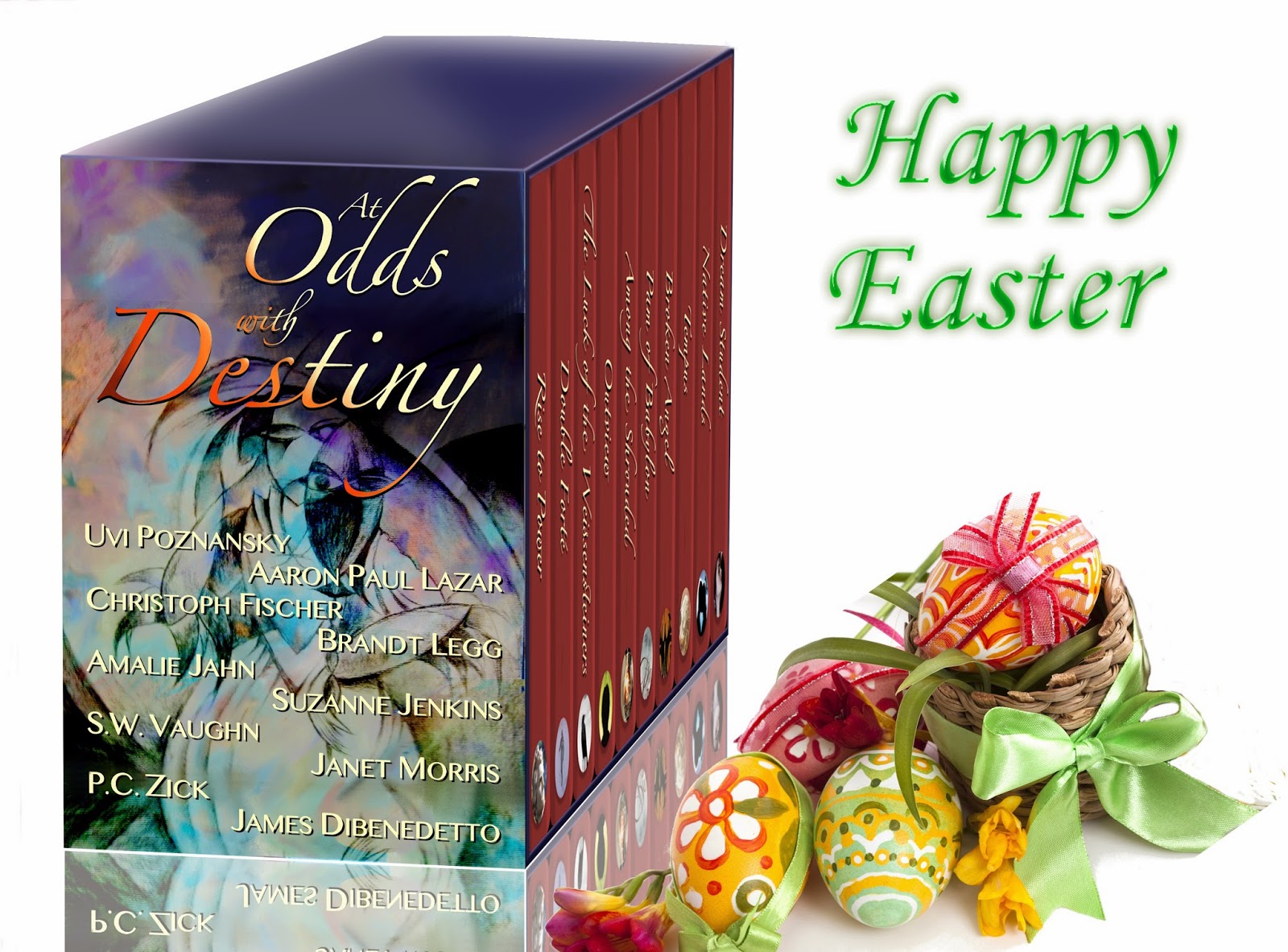 ★ Ten amazing novels in one boxed set ★
Open it at your own risk:

The variety here is phenomenal, from intrigue and mystery, to gut wrenching, to fantasy, one thing is consistent, the quality
-Dennis Waller, Top 500 Reviewer
Posted by Uvi Poznansky at 10:32 AM