Naked I came from my mother’s womb, and naked shall I depart

So starts the story of a ghost of a woman, looking for her identity... It is eerily reflected in my oil painting, which itself has a story of transformation:

I am truly enamored with paper. I love folding it, rolling it, cutting it, spilling ink and paint on it, and studying the reflections it gives off. At times it stares back at me, especially when I can find no words to write on its pure, white surface. Here is my oil painting of a rolling paper band, set against a background of a cave with stalagmites. It was inspired by my quick charcoal sketch of a nude.

You will notice that this is no simple transformation, as the paper band goes deep into the internals of the body, which is no longer solid. Also, I staged the figure in an environment where light drizzles from above in glowing colors, and shadows of the paper band are cast all the way down, nearly reaching you. 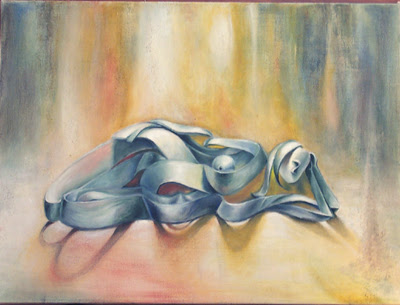 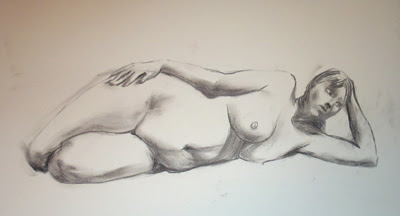 ★ Love Horror? Treat yourself to a thrill ★

Dark, intense, entertaining, thought-provoking and emotional, these short stories each hold their own brand of magnetisim that lasts long after the last word is read... A wealth of depth in few words. -Dii, Top 1000 Reviewer 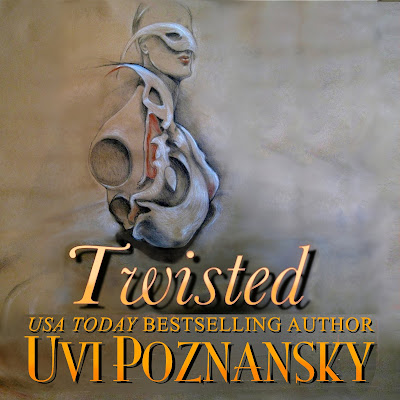 Posted by Uvi Poznansky at 2:09 PM