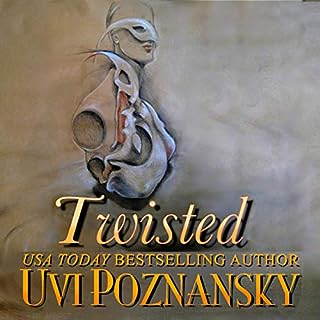 A Short And Eclectic Collection Of Poems And Short Stories! This is a short and eclectic collection of poems and short stories – and two pictures. While all are serious in tone, the narrators are varied. They include Job’s wife, a widow, a slab of clay, a nameless ‘he’ and ‘she,’ and a cat. Each is beautifully worded and thoughtful in nature. See a description of each piece below. I rate this dark anthology four stars. As for the Audio: it is well-performed and consistent with the book. I received an audiobook and am voluntarily leaving a review. “I Am What I Am”: This short story is inspired by the Book of Job, a poetical book from the Old Testament. The Book of Job is about justice and suffering. Here is a story about Job’s wife, who desperately wants her own place in history, which is a man’s world. She suffered alongside Job, losing her wealth and her children, and has finally been buried by Job. She meets Satin, who tempts her as he did her husband. The story is both smart and beautifully written. Great care is taken to paint the surroundings in vivid detail. “The Hollow”: This is the brief story of a widow who revisits the diary that stores her memories of her late husband David, and the hollow that appears to her.  “I, Woman”: This rather creative short story is narrated by a has-been slab of clay. Shaped by her Creator – a sculptor – it traces the beginnings of consciousness, when the slab is chiseled into the shape of a woman, until she turns to ash. “Dust”: This is a poem about ‘he’ and ‘she’ that seams to continue the story of the statue in “I, Woman” and her male counterpart, Adam, after they have turned to dust. “The Art of Dust I” and “The Art of Dust II”: These are photographs. “The One Who Never Leaves”: Cat lovers will love this short story which is told from a cat’s point of view. This older cat has been domesticated most of his life and rules his home as well as his owner. The cat’s attitude is on the dark side, but it feels remarkably realistic for anyone that has spent some time around cats!

Posted by Uvi Poznansky at 8:11 AM