A madman is in the house

During the production of Rise to Power I learned one thing about David George, the voice talent for the audiobook edition: he is a man of few words. He lets his thoughts resound in his voice, in the reading of the text. I indicated to him what passage I would choose for  the audio sample (which is what you'll listen to on the Audible/Amazon product page), saying I loved the way he read it, teasing out notes of comedy at the beginning, followed by quick action, and culminating with deep, profound ruminations.

So when he asked me--once again--what passage I prefer for the voice sample, I knew he had  a different passage in mind, only he would not say it outright. So I invited him  to tell me about it. In turn David indicated a different passage, saying that, "It's classic and sexy and reminds me of the Leonard Cohen song Hallelujah." With these words, and with the steamy scene he chose, how could I refuse him? More precisely, how could I disobey the king?

What did David choose, you ask? For now, I would not tell you! Yeah, yeah, sorry to be such a tease, but lets wait just a little bit, until the audiobook is out. Meanwhile, here is the passage I liked: David feigning madness in the court of Achish of Gath:


So I use my growing irritation to my advantage: I pretend to be insane. After all, I have learnt from the best, having worked such a long time in the court of a madman. Here I am, in the hands of these Philistines, so what choice do I have but to act like a lunatic?
With my fingernails I scratch at the walls, and make marks on the doors of the gate, all the while letting saliva run down my beard. They go on making fun of me, so I figure I might as well join their performance.
I break into their midst, hop onto the center of the hearth, and kick its pebbles till they fly out every which way. Then I sing with bold ecstasy at the utmost top of my voice, “David! David! David!” and point my fingers, glaring at everyone around me, and at Achish most of all.
And for a grand finale I roll my eyeballs around in their sockets, and let out a terrifying wail, which silences each and every one of them. Alas, it takes the wind out of me, so I fall to the floor, where I start convulsing, with just enough breath to let my lips twitch.
They cup their ears, bending over me to listen. One of them manages to guess at my words. I wheeze, “Slaying his tens of thousands... Thousands... Thousands…”
And with spasm, again I cry, “David! David! David!”
Achish glances at his advisers, and they bow their heads down, some in shame, others in confusion.
“Look at the man,” he points. “He’s insane! He’s stark raving mad! Why bring him to me? Am I so short of madmen that you have to bring this fellow here to carry on like this in front of me? Must this man come into my house?”
It is then that the four guards close in on me. They take hold of my limbs and carry me—spread eagle—out of the palace, and throw me out into the street, where a large, voluptuous Philistine women helps me to my feet and dusts off my knees and my shoulders.
I smell the salt of the sea on her perfume, which is left in the air even after she has turned from me. Because of a moment of dizziness I cannot recall her face. The only impression left in me is the curve of her thigh, as she has swayed her big hips to walk away.
I wish I could speak her language. I wish I could tell her, before she disappears completely into the crowd, “I am no Samson—but like him, I find myself desperate, so desperate to touch you.”
Oh, how glad I would be to make my peace with you, city of Gath! I wish to bury my head in your soft, white sands, and listen to the breakers rolling in from the sea, and never once think of having to come back here one day to conquer you, because your children have humiliated me, my beautiful enemy, my Delilah.
But return to you I must. It is in my heart, and in my tired, aching limbs, because revenge never stops. It never ceases to spur all of us into spilling each other’s blood. 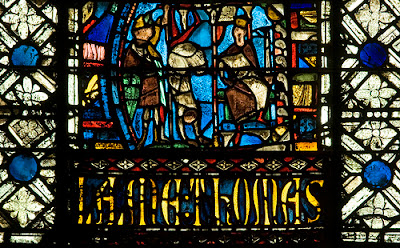 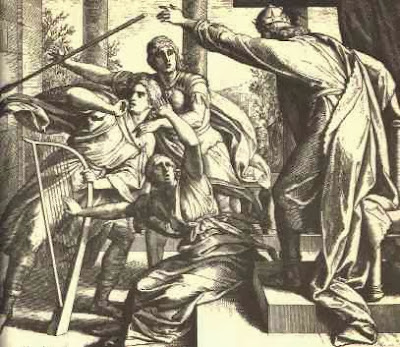 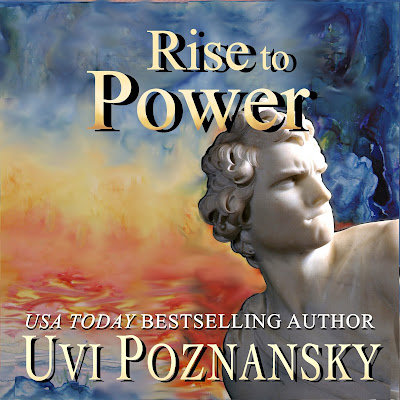 Posted by Uvi Poznansky at 7:07 PM