What can I tell you about my mother?

What more can I say, son? What can I tell you about my mother? She was a woman of many charms. Her clothes were striking, her footwear unconventional—but her most prized possession was a long-sleeved goatskin coat. It had a different feel, a different touch than the hide of a kid in our herds, because it came from afar, from the slopes of the snow-covered mountains in the North, where the goats, I am told, have fine, long, human-like hair.
Why my mother had brought this coat with her, why she kept it all these years, I will never know. Your guess is as good as mine. It was of no use here, in the scorching heat of this wasteland. Perhaps it reminded her of her childhood in that distant country, Harran, where the air was cooler, and the sunlight more slanted. She would often lament how far out of reach that place was. Out of reach, getting more remote and more remarkable with time, like a memory of youth.
The land there, she said, was more fertile, and the language more refined. According to her, it was the cradle of civilization.
Most winters, there was an abundance of rain, and the mud-brick homes there were taller, better insulated and less given to the wind than our flimsy tents.
Yes, she treasured that coat, and would let no one—not even me—touch it. If there was any mending to be done, she would do it herself, which caused the maidservants to raise their eyebrows.
It was kept safely in her chest, hidden from the eyes of the world, until the day came when she ripped it to shreds. I will never forget it. If I close my eyes, close them tight, then—in an instant—I can see it happening again, right here in front of me.

Jacob in A Favorite Son 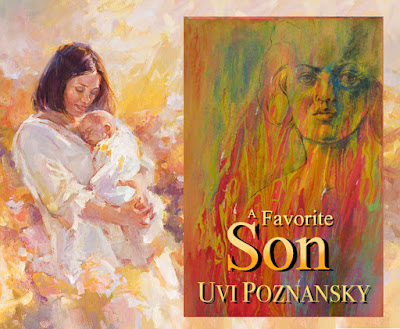 ★ Love literary fiction? Treat yourself to a gift ★
A Favorite Son 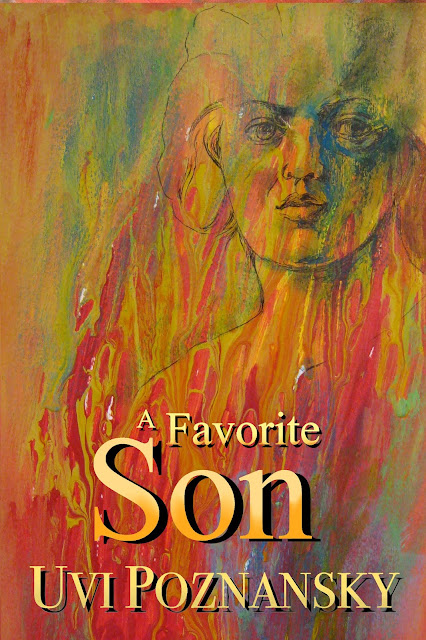 "With masterful storytelling and rich, poetic prose that feeds all of the senses, she has breathed life into an old tale, giving it layers and depth which gives the reader a thought to pause and think."
- Michelle Bellon, Author
Posted by Uvi Poznansky at 5:45 PM