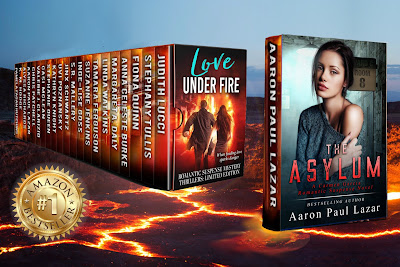 ★ Love Romantic Suspense? ★
Get these 21 brand new novels, never before published, in one boxed set!
#1 Bestseller
Get it now
Love Under Fire

Posted by Uvi Poznansky at 3:47 PM