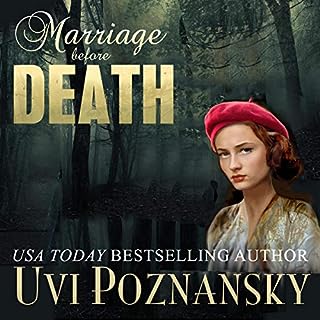 Reads As A Stand-Alone In A Series Of Stories About Lenny And Natasha. The Flashback To D-Day With A Backdrop Of Romance Is A Fascinating Look Back At World War II. Fans Of The Notebook May Enjoy This Book. This is the fifth book in the Still Life with Memories series, a five book series with a sixth brief book bite. Each book reads well as a stand-alone, offering a snippet into Lenny’s life. Fans of The Notebook may enjoy this book, as some aspects are reminiscent of that story. This is the story of Lenny and Natasha. It opens and closes in roughly 1979, when they are celebrating their thirty-fifth wedding anniversary. Based on information in other books, Lenny is fifty-six and Natasha is fifty-four. Lenny has become the caretaker of Natasha, whose memory has been slipping for some time and she had eventually been diagnosed with Alzheimer’s. She has few lucid moments, and it weighs heavily on Lenny. The bulk of the book is a flashback to a time before Lenny and Natasha marry. As revealed in Dancing with Air, book four, Lenny had been forced to keep secrets from her when he served as a Marine in London during World War II. Natasha, a concert pianist, had joined the USO to be near Lenny in war-torn London. Though it had been part of a covert mission, the secrets had caused a complication in their relationship. She finally left London, on good terms, to hazard an attempt at a transatlantic voyage home to New York. But as Lenny learned a few months later, Natasha had some secrets of her own. She had promised him to share some of the missing pieces of her story after the war, and the likelihood of that ever happening is slipping away. He cannot help but attempt once again to trigger her memory. Lenny recalls the events of June 6, 1944 when he stormed the beaches of Normandy, France with the allied forces on D-Day. It was just a few months since Natasha had left London, and she was always on his mind. Survival on that day was only the beginning of the danger he would face. But soon he had not only himself to worry about, as the picture of a most-wanted French Resistance fighter known as Rochelle is plastered everywhere, and she happens to look very much like Lenny’s own Natasha. For this book, there appear to be some inconsistencies with times and dates across the series, which are a bit of a chore to piece together and may cause some readers to pause. *Spoilers* It would make more sense if this story took place during an earlier wedding anniversary for Lenny and Natasha. Nevertheless, there is nothing that anchors this story to this particular time, so it is easy to look past that. For those attempting to follow, I have reconstructed dates in the series below. Some are specifically stated, others are calculated based upon new information. This excludes any info given in The White Piano. • Natasha: born 1925. • Lenny: born 1923. • They meet in 1941 (she is 16, he is 18). • They marry: 1945 (he is 22, she is 20). • They have Ben five years later in 1950 (he is 27, she is 25). • Natasha shows her first symptoms in 1964 (she is 39, Lenny is 41, Ben is 14). • Natasha divorces Lenny after learning of his single indiscretion in 1967 (she is 42). • Ben drops out of high school and leaves home to travel abroad in 1967 (he is 17). • *The Music of Us* takes place in 1970 and the couple is together (Natasha is 45; Lenny 47). • Natasha is diagnosed in 1971 (she is 46). • *Dancing with Air* takes place sometime after 1970 and the couple is together. • **Natasha probably goes to live at Sunrise Assisted Living in 1972 (when she is 47), five years after Lenny’s indiscretion and the divorce. That means that Dancing with Air and Marriage before Death should take place by this time, since Natasha lives at home in those books. • *My Own Voice* should take place in 1977, when Ben is 27 and Anita is 26 or 27 (Lenny is 54). • **Marriage before Death** takes place in 1980 and the couple is together (35th wedding anniversary; Natasha is 55, Lenny is 57). This makes Ben 30, which doesn’t match up with the story since he returned home at twenty-seven and here his is still overseas. It makes more sense for this story to take place in 1972 just before Natasha goes into assisted living and the couple’s 27th anniversary. The D-Day story with a backdrop of romance is a fascinating look back at World War II. It is well-written. The story takes the reader back in time; the details feel authentic and immerse the reader in a tumultuous time in France, where allegiances were in doubt and different forces could be happened upon around any corner. The plot is somewhat complex. The characters are unique and authentic. The story is written in first person in Lenny’s POV. I rate the book four stars. As for the Audio: it is well-performed, with unique voices for the various characters. I received a copy of this audiobook and am voluntarily leaving a review.

Posted by Uvi Poznansky at 8:38 PM