Silence is golden. It allows me to listen, to gather clues

Later, Dr. Patel swings by with a group of medical students. The pages in their notebooks rustle around me as they scribble every word he says. To them, I’m no more than a typical specimen of what he calls the first stage of coma.

“During this stage,” he says, “patients are incapable of voluntary activities such as eye opening and forming speech.”

Ha ha, if only he knew! In spite of his learned opinion, I can form speech all right, but the words remain in my head instead of slipping off my tongue. At any rate, this he should know: Silence is golden. It allows me to listen, to gather clues.

I feel like a fish in a fishbowl, hovering just behind the glass. I watch them watching me. Correction: Since I can’t see, my fishbowl is opaque. All I can do is listen to them watching me.

Dr. Patel explains to his audience that in my state, I can’t open my eyes. He adds that in the second stage of coma, also known as vegetative state—which unfortunately, I have yet to reach—patients may open their eyes, but they can’t interact with others. They can’t talk.

Too bad. I have a long way to go before I can be called normal.

How does he classify patients who can, somehow, lift their pinky toe? That’s the one thing I’d like to know. Can someone raise this question with him?

No. Nobody does. Dr. Patel goes on lecturing his students about the brain, about improving the efficiency of neurotransmitters in it, which allows signals to pass from one neuron to the next across contact points called synapses. At first I find myself bored.

I would yawn, if only I could. 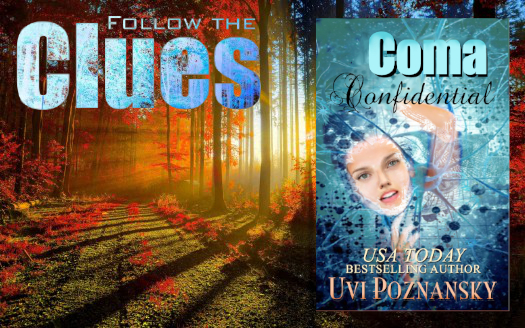 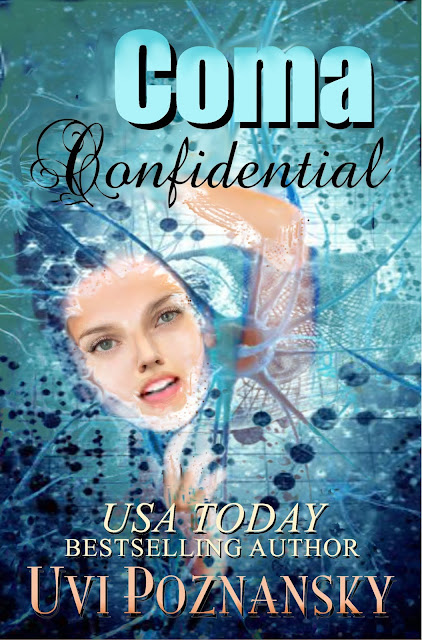 "It's that flirting with reality that makes this story such a compulsive read. Plot twists and suspenseful storytelling make this a book that you will have trouble putting down."  ~Kathy Parsons

Posted by Uvi Poznansky at 1:27 PM