My announcement of the day: The Edge of Revolt is here!

My announcement of the day: The Edge of Revolt is available for purchase!

Here is the book description:
Struggling to find the right balance between loving his sons and upholding justice, David is silent when Amnon rapes his daughter, Tamar, and when Absalom lures Amnon to his death. These crimes go unpunished, because a mysterious change has come upon the king, which his court scribes note even before he does. In the past he had to explain his actions, such as the affair with Bathsheba, to them. Now, they want to understand the opposite thing: his lack of action.
In families other than his, such matters may be a mere matter of gossip. Yet when assault, incest, and murder occur in the king’s family, they affect matters of the state. David is toppled from his throne, and must escape from the son he adores, Absalom.
Even as he finds a way to quell the revolt and come back to the City of David, the road ahead seems unclear. How will he find the right successor amongst his remaining sons, the one who will connect to him and continue his legacy?
This is volume III of the trilogy The David Chronicles, told candidly by the king himself. David uses modern language, indicating that this is no fairytale. Rather, it is a story that is happening here and now. 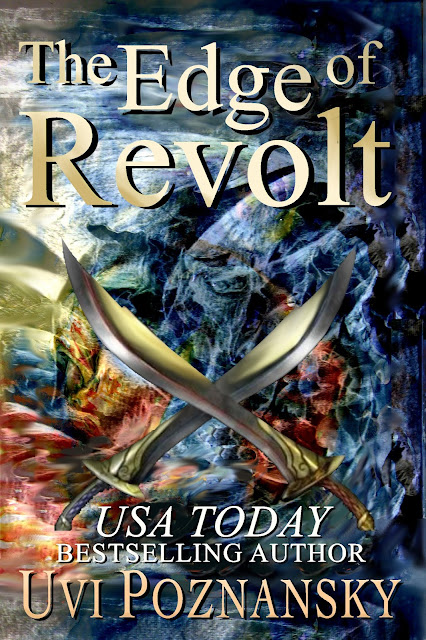 ★ Love historical fiction? Treat yourself to a gift ★

"The miracle of Uvi Poznansky's writing is her uncanny ability to return to old stories
and make them brilliantly fresh"
-Grady Harp, Hall of Fame reviewer
Posted by Uvi Poznansky at 10:49 AM