When I go under the knife, the one holding it should be a real professional

The death of his wife is something I can investigate later, on my own. No need to talk about it with him. Instead, I ask, “Have you ever pretended to be a doctor?”

“I’ve heard of others who have.”

I raise an eyebrow. “I thought it would be impossible to get away with such a dangerous form of bluffing.”

“You’d hope so, wouldn’t you,” he says. “Frankly, I met so many qualified doctors with perfect credentials who are dangerous.”

Is he avoiding the topic by trying to distract me with a slightly different one?

“Perfect credentials can fool you,” he says. “I know that from experience.”

“Well,” he says, slowly drawing out the word till it turns into a sigh. “Take for example the case of someone I used to know—no names, you understand—who removed a healthy kidney during what was supposed to be colon surgery. He had to give up his medical license in North Carolina, only to continue practicing in another state.”

“Really. Then in Michigan, he removed his patient’s fallopian tube. According to the medical board records, he mistook it to be her appendix. More surgeries on the woman followed, including one in which he allegedly left her intestine unconnected. Facing state sanctions, he surrendered his license there, too, and has moved to Ohio, where his medical license is still in effect.”

I shake my head, utterly in dismay. “Someone should have reported him.”

Dr. Patel takes a long gulp of water. Then he picks up his dinner napkin, wipes his lips, and dabs the corners of his mouth over and again. Finally, he admits, “I made the mistake of doing just that.”

“I was a senior resident back then, he—the attending surgeon. Knowing I was right, I didn’t hesitate to defy authority. In hind sight, that was a mistake.”

“Don’t be,” he says, curtly. “The administration of the hospital fired me at once, because by calling the State Medical Board I went outside the departmental Quality Assurance process. They had been looking for an excuse to get rid of me, and this was their chance. Citing behavioral problems, they slammed the door in my face.”

“Neil,” I say, this time in a warmer tone. “Somehow or other, you managed to come around and establish a highly successful career.”

He chortles behind his hand, a bit too heartily. Maybe he’s trying to hide the reddening of his face. “I learned the hard way that whistleblowing is frowned upon. Don’t tell anyone I was guilty of it.”

We laugh, which gives me the courage to go back to my first question. “So? Have you ever pretended to be a doctor?”

He casts an evasive look at me, or maybe it just seems that way, because of the candlelight flickering in his pupils.

And even though we haven’t eaten our meal yet, even though it’s still in the process of being cooked, he skips ahead to ask, out of order, “So? What would you like for dessert?”

He wipes his mouth again and at once, the smile is gone. “What I can give you is this: I find a delicious irony in the idea that an impostor can be better than the real thing.”

“The idea of a pretending to be a healer may sound tantalizing,” I say. “But when I go under the knife, the one holding it should be a real professional.”

“You mean, someone who is not pretending.”

“Exactly. Someone who pledged to do no harm.” 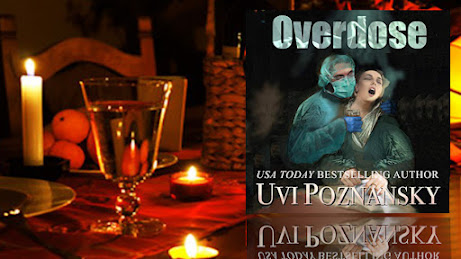 Months after recovering from coma, Ash discovers that the man who performed her brain surgery has a questionable medical experience and a dark past. Should she expose him, at the risk of becoming vulnerable to his revenge?

This is a fantastic medical mystery! So mysterious. I stayed up all night listening! I couldn't sleep until it was over. The narrator WAS the voice of Ash! Her narration was spot on. I felt her fear. Her doubt. Her questions. Her frustration. Her humor. Her pain.